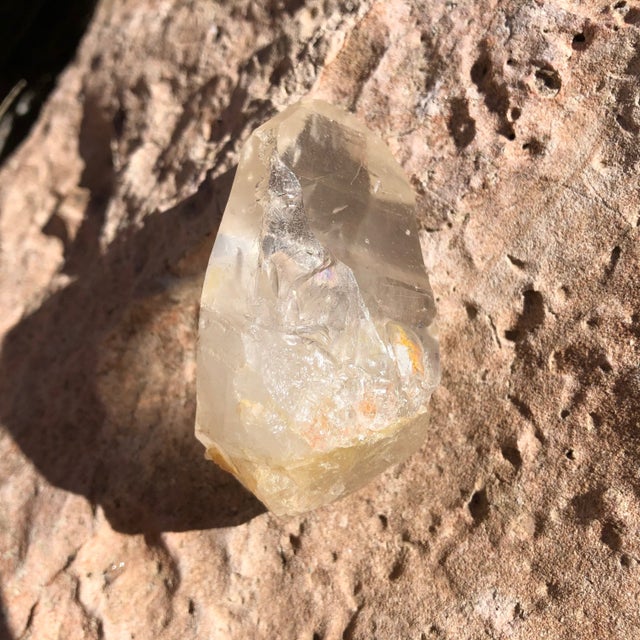 Lemurian crystals were first discovered in the 1990s by miners in the well-established quartz and ruby mine of Minas Gerais, Brazil. The miner identified and opened a chamber which had never been opened before, and found nothing within it but sand. When they explored the sand, they found crystals scattered and buried in layers throughout. All crystals grow from a matrix (a rock base, like granite), but these did not. Mysteriously, many were even deposited vertically in the loose, sandy soil, points directed downward. Because this was a newly opened chamber, it meant the mysterious crystals had been laying this way—inexplicably and impossibly—for millions of years. Since their first discovery, other Lemurian “pockets” have been found in mines across the world—in Russia & Ukraine (now finished), Malaysia, a second site in Brazil, and a site in Tibet. Lemurians from these mines each carry a unique signature energy, a very high frequency of love and wisdom. The Lemurian quartz crystals on sale here are from Minas Gerais, Brazil.

Sold out
Add to Cart
​"It doesn't matter whether one calls oneself a Buddhist or not a Buddhist. The Dharma is Love." ~ H.E. Garchen Rinpoche