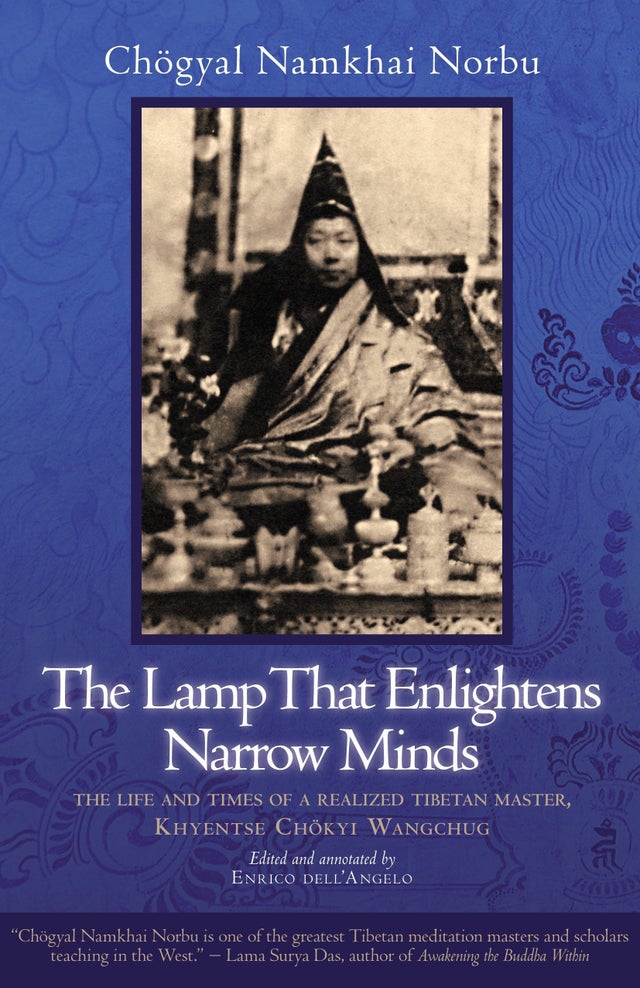 The Lamp That Enlightens Narrow Minds

The Lamp That Enlightens Narrow Minds: The Life and Times of a Realized Tibetan Master, Khyentse Chokyi Wangchug

The Lamp That Enlightens Narrow Minds: The Life and Times of a Realized Tibetan Master, Khyentse Chökyi Wangchug presents an engaging account of the life of Khyentse Chökyi Wangchug, a realized Tibetan tulku (reincarnated lama or teacher). The book's historical references provide a detailed portrait of Tibet on the verge of invasion and occupation by Chinese forces in the decades leading up to 1959 when Chinese repression led the Dalai Lama to take refuge in India.

Narrated by Chökyi Wangchug's nephew, author and international Tibetan teacher Chögyal Namkhai Norbu, this inspired biography describes the extraordinary events of Chökyi Wangchug's life during this momentous period in Tibetan history. Born in 1909 in a valley south of Derge, an ancient center of Tibetan culture, Chökyi Wangchug was recognized at an early age as a reincarnation of a tulku and thus received Buddhist teachings from the greatest masters of the epoch. A privileged observer of his uncle's life, Namkhai Norbu reveals the complexity of Tibetan Buddhist hierarchy and the conflicts caused not only by Chinese forces, but also by people close to Chökyi Wangchug who had become members of factions motivated by bigotry and personal greed. Despite the difficulties he encountered, he maintained a state of equanimity and dedicated himself to a life of peace and compassion for all sentient beings. Ultimately tortured and imprisoned by the Chinese, he and two other realized Tibetan teachers passed away at the same moment while meditating.