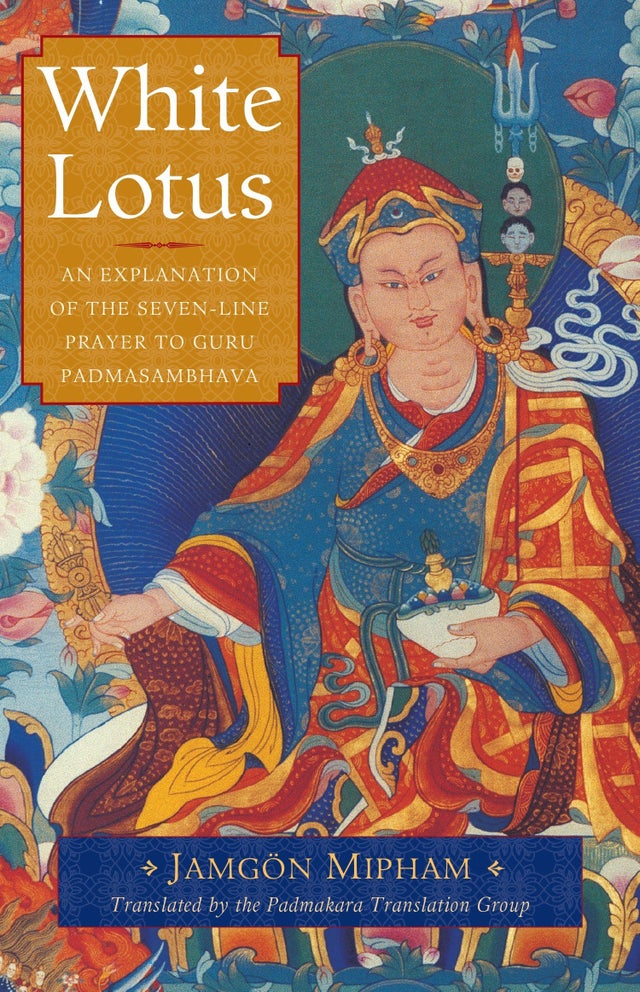 White Lotus: An Explanation of the Seven-Line Prayer to Guru Padmasambhava

The commentary translated in these pages is unusual and rare. But if the commentary is a rarity, its subject matter—the seven-line invocation of Padmasambhava—is one of the best-known prayers in the Tibetan Buddhist world.

The overall significance of the Seven-Line Prayer is perhaps best appreciated in relation to a practice called guru-yoga, or "union with the nature of the guru." The purpose of guru-yoga is to purify and deepen the student's relationship with his or her teacher. It is introduced as one of the preliminary practices, and it remains crucial—in fact, its importance increases—as one progresses through the more advanced levels of the tantric path. The cultivation of devotion to the guru and the blending of one's mind with his or her enlightened mind is, in the words of Dilgo Khyentse Rinpoche, "the most vital and necessary of all practices and is in itself the surest and fastest way to reach the goal of enlightenment."

Regarding the origin of this commentary, Mipham refers in the colophon to an event that triggered the abrupt appearance in his mind of the hidden meaning of the prayer. It is interesting to note that the language Mipham uses suggests that the commentary itself is not an ordinary composition but perhaps a treasure teaching, specifically a "mind-treasure" or gongter.